Anne-Funmi Fatusin is an intrepid personality who does not mind going to an unchartered territory which is considered unpopular by others, as long as she believes in what she is passionate about and impacting lives in a positive way. 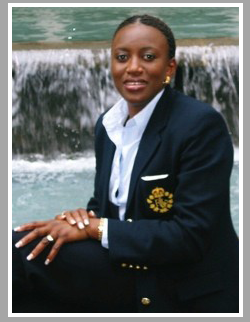 Anne-Funmi Fatusin is a Public Speaker and member of the renowned Toast Masters International which has its origin in the United States of America. She has compered several African Community events. Having started her professional career as a Management Consultant, Anne-Funmi is a great Networker and this is reflected in her work as an Event Consultant.

Also a Freelance Writer who has written several articles published in Afro-Caribbean magazines and national daily newspapers both in Nigeria and the United Kingdom. Her genre cuts across Business, Relationships, Motivational, and General Interests.

Anne-Funmi is passionate about Africa and Africans, and believes that every African in Diaspora should contribute meaningfully to the growth and development of their home countries with a view to ‘stem the brain drain of resources’. Backing her beliefs and interest with positive actions, Anne-Funmi has volunteered her time and resources to some charitable organisations based in the United Kingdom and Nigeria.